Or: What's the situation? 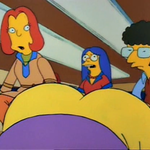 Mooned For Rebuttal
A fun contrarian look at baseball.

Everyone's "favorite" burrito-rater Nate Silver has been pitching a fit over the last few days on Twitter, mostly because of this HuffPost article accusing him of skewing things in Trump's direction. I don't think it's that bad, but Nate's work is pretty subpar in my view. In this and maybe subsequent posts, I'll try to lay out the objections/situation as I see it -- and why I hoot and holler so much about his endless Prevent Defense on something not worth defending.

I think the major issues here are:

These last two are kind of the key to why everyone is going completely bonkers over 538's actual and perceived problems: it looks and smells like a snake oil salesman pushing a revitalizing tonic instead of actual decent science -- all the right buzzwords, roping in a certain group of experts to defend it, blah blah blah. Next time I'll get into the weeds of why I think Nate's model sucks.

You can also find Mooned For Rebuttal on Twitter. Get in touch by Email.

This update link alerts you to new Silvrback admin blog posts. A green bubble beside the link indicates a new post. Click the link to the admin blog and the bubble disappears.